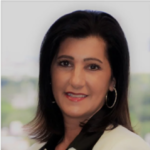 Nicole Self has cultivated a nationally respected reputation for achievement in retail recruiting. She has been recognized as one of the top 2 recruiters in the state through the Texas Association of Personnel Consultants many times over the past decade. Nicole has produced over $13 million in revenues for the firm. She has been the top biller in the company 5 times and was the first recruiter in RWR history to bill over $1 million Nicole has successfully directed and completed recruiting assignments for many of the top retail, restaurant, grocery companies and developers in the U. S. 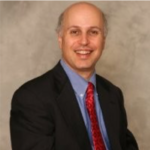 Danny Sarch has been a headhunter for the wealth management industry since 1984 and has been the president of his own firm, Leitner Sarch Consultants, since 1990.  Danny’s due diligence process begins with:  “what do you want to fix?”  In 1998, Danny was accepted into the Pinnacle Society, the premier consortium of industry-leading recruiters in North America.  He served as president from 2004 to 2008 when he was the fifth member ever to be given the special recognition as an Honorary Lifetime Member. Danny has a regular column in Investment News about recruiting trends in the wealth management industry and is quoted regularly in the industry’s trade publications 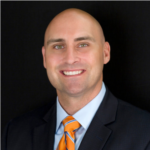 Michael Pietrack is the Head of TMAC Direct and leads the Medical Affairs Recruiting Practice.  Michael has been consistently recognized as not only one of the Pharmaceutical Industry’s leading recruiters, but one of the Recruiting Industry’s top performers.  Before forming TMAC Direct, Michael was a part of the largest international network of recruiters where he perennially ranked among the network’s elite. In 2013, Michael was named the #1 Ranked Recruiter Worldwide.  As a result, he was nominated into the prestigious Pinnacle Society, the premier consortium of the top executive recruiters in North America. 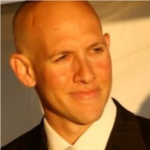 Jordan Rayboy has always taken the road less traveled. He began his recruiting career with MRI in 2000, and by 2005 was ranked Top Ten globally out of 5,000 recruiters. The following year, Jordan struck out on his own, forming Rayboy Insider Search – the nation’s leading executive search firm in the cybersecurity, data storage, and data center infrastructure marketplace. He joined the Pinnacle Society in 2009 and has served on their Board of Directors and as Member Education Chair. Through Jordan’s numerous presentations at NAPS conferences, state associations, and training videos on Next Level Exchange, he has inspired countless recruiters to raise their game and make their dreams a reality as well. 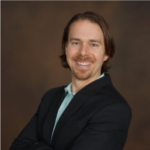 Tyler Frisbie is a Managing Partner of Global Recruiters of McKinney and Co-Founder of Frisbie Recruiters, Inc. Tyler’s approach to maximizing transition opportunities in the Waste and Recycling Industry is confidential, strategic, and expedient. With over seventeen years of experience working in these industries, Tyler has developed an extensive database of elite clientele and exceptional candidates. He consistently ranks as one of the top recruiters in the Global Recruiters Network, which is comprised of 180 offices and over 500 search consultants. 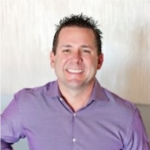 Bringing over twenty years of recruiting experience to the construction and real estate industries, Mike has successfully filled hundreds of searches throughout the United States ranging from mid-management to executive level. Previous to founding Trinity Search Group in 2010, Mike was a Partner and Practice Leader for 15 years with one of the largest search firms in Dallas. He is proud to have worked with the majority of his clients for nearly 20 years who rely on Mike’s guidance and his honesty and commitment to his strong values 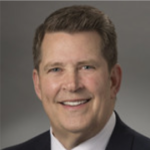 Eric Dickerson serves as a Senior Practice Leader for Kaye/Bassman’s healthcare division and leads the charge in the dynamic and growing market of healthcare with a primary focus on those hard to fill searches requiring unique specialty training and certifications. Over the past decade, Eric’s specific focus has been in Academic Medicine where there have been over 350 successfully completed searches. In addition to single positions, he has helped build or rebuild divisions, departments and, most recently, new medical schools. Before joining Kaye/Bassman, Eric held the position as President and CEO of a major nonprofit organization. During the six years he was with this company, Eric led a 500% increase in revenue, 300% growth in customers served, and the expansion into 17 new locations. 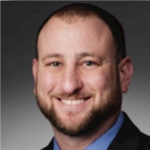 Marty Shapan is Managing Director and Co-Practice Leader at Kaye/Bassman International with specialization in the recruitment of professionals for Commercial General Contractors, Specialty Contractors and Real Estate Developers. In his first full year, he helped the team accomplish a Top 10 finish within a network of 4,000 recruiters. In 2005, he was named Project Person of the year and runner-up in 2006. He was promoted to Practice Partner in 2007, achieved Managing Partner status in January 2008 and was promoted to Managing Director and Practice Leader in 2012.

Your cart is empty
Visit The Shop

Journey with Mike & Nikki as they open doors to show the importance of how a father’s love profoundly impacts his children.

Generate The Business and Income You Want

Have you ever got to the end of a week of heavy calls without much to show for the effort? Making calls IS important - but more important than the number of dials is your daily gameplay to create the exact results you’re aiming for.

Who is Mike Lejeune?

Mike is widely recognized as one of the leading voices in the recruiting industry, with more than 25 years experience in building award winning teams. His ability to inspire and motivate, to help attendees look at the ordinary in extraordinary ways has made him a favorite with business owners and managers, recruiters and trainers. He delivers practical application from real-world, in-the-trenches experience with humor, great stories and a keen ability to extract timeless truths from everyday experiences in each presentation.

Mike is a recruiting industry specialist with more than 25 years in search and temporary & contract staffing.

Mike's path has taken him through six different start-up recruiting ventures in Texas and Oklahoma.

Mike was the winner of the first National Association of Personnel Services 'American Idol of Recruiting Trainers' competition.

Mike jumped into leadership at the age of 23 and built a department of 12 recruiters; generating the highest profit percentage in the company.

Mike was President of many local and state recruiting trade associations.

Mike was President of the National Speakers Association.

Mike is a published author in Fordyce Letter and Staff Digest.

Mike was the co-author of an accreditation program for the Texas Recruiting Association.