Take Off The Interview Blinders: How to Make More Accurate Hiring Decisions 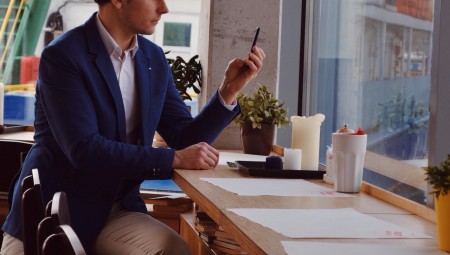 Have you ever hired someone who blew your socks off in the interview, yet when they showed up for work they seemed more like the evil twin sister? I once hired someone who moved to Houston from Arkansas for a recruiting position in my company. She was animated in the interview, explaining how she helped to develop a city-wide soccer youth soccer program while playing for the college team. Her face lit as she responded to my questions. I told myself that she was a great find. After the second week with our company, I came to the conclusion that this was not as good of a hire as I originally thought. My intuition kicked in when I found her asleep at her desk. Not once, but three times.

This experience started me on a quest to review the interview process to determine steps that would offer better insight or what I refer to as increased intuition. My definition does not include Ouija boards or fortune tellers with crystal balls. The noted physiologist, Carl Jung, states that an “intuitive type”, acts not on the basis of rational judgment but on sheer intensity of perception.

I found Wikipedia’s definition off center. Its definition of intuition is the ability to acquire knowledge without inference or the use of reason. While many in my family have had a question about my use of reason driving some of my decisions, I lean toward Webster’s first definition of the concept: a quick and ready insight. So, how do we define insight? Again, Webster’s definition of insight is the power or act of seeing into a situation: penetration. I was curious to see how penetration was explained. It read…the ability to discern deeply and acutely. So, intuition is not the skill of a gypsy fortune teller but the ability to quickly gather information that is weighed out carefully, with a focus on information that may not be obvious in a glaring manner.

The challenge here is how we do this through an interview rather than watching on-the-job performance. A successful interview process is conducted in multiple stages. This does not mean it has to be over extended periods of time although some situations will cause for repeated visits rather than one interview decisions. Each has their validity.

We begin with first impressions. Yes, the attire someone wears when going through the door of a potential employer’s office does provide some insight into the thought process of someone. However, I’ve interviewed a number of candidates in Brooks Brother’s suits and shoes so shiny I could see if my tie was straight, only to find that while they knew how to dress, that wasn’t the complete package.

First impressions in the interview process to determine how someone interacts with others begins not with you, but rather in the lobby. Observing how someone interacts with those around them, or chooses not to, can be a strong indicator of customer service skills or the ability to engage with others. Our lobby was designed to create close interaction with limited space between chairs to help determine how open someone may be with people. We send staff through the lobby to speak to candidates as they walk through.

One person we interviewed for a potential leadership role would not engage with our front desk staff (which is hard to do as they were two of the warmest and most caring people you can meet). No matter what questions were asked, short, terse responses were given until I walked in to invite her to my office. She became a beacon of light, with a smile from ear to ear. When the front desk was asked about her openness, they candidly offered their observations. Needless to say, someone else was hired into the role the candidate was interested in.

In an attempt to establish rapport, I have found at times, I am very animated in an interview. Miss Arkansas caused me to review how much energy I was putting into the interview versus the person I was assessing. As President of our company, my role was to help create enthusiasm and energy. I have since learned I need to turn the switch off, then sit back to see if the candidate can turn it on. Being from Louisiana, I speak with my hands as if drawing helps you understand my point better. I now slip one hand under my right leg (usually my right hand…) as a sign to slow me down and observe instead of persuade. Too often we attempt to sell early and not use questions to engage.

The subtleties mentioned earlier surface in the first interview, especially if you arrange for someone to meet with more than one person. Ask the last person who was spoken with to specifically define their first impression, how well the candidate remained engaged through the process and how they come across. Stamina throughout the process will show, especially if you use multiple settings or venues.

What are some of your best interview tips?