How Do You Battle Turmoil? 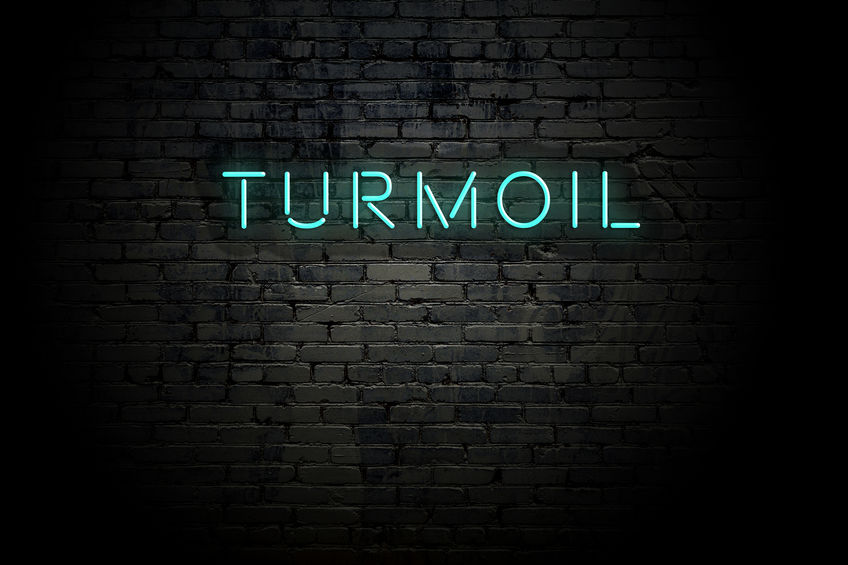 Today’s news cycle offers minimal clarity, only a future of chaotic uncertainty. Cascading stock market. Plummeting oil prices. Political attacks from all quarters creating an atmosphere of descension. And near pandemonium caused by the spread of the COVID-19 virus. (I wish someone had the foresight to advise me to short toilet paper).

My first draft of this blog was a week ago. I didn’t immediately post it, hoping the news and atmosphere about going to the grocery store would settle down.

So, what are our options as we battle this climate of fear? I’ve reached out to ask that question to leaders and recruiters who, like each of us, are trying to navigate all this.

Focus: So much of the angst we are experiencing centers on what might be instead of what is. Not what you wish for or are afraid won’t be. With the price of crude oil falling off the cliff and some energy stock prices cut in half, I was anxious to speak to Tiffany Wallace, President of Dagen. Since her firm is a leader in finding talent for the energy market, I wanted to know how she has navigated the growth of her company through turbulent waters. She replied, “every day, connect with people who are going to be important to you in the future.” Are you focused on building what you want or tightening up with the fear of what you won’t have?

Take steps every day, every hour: I find myself fighting the battle of “what if”, creating painful images of what the future could hold. It’s caused by trying to control my situation or circumstance and protect me from potential pain. We are wired to be pain avoidant. Watch a child touch a hot stove one time, see what their hand does the next time it gets close to the stove. I tripped in my front yard while chasing my dog in an attempt to keep her from being run over by an oncoming car. The misstep caused a fall that broke both of my arms. Due to a diagnosis of a non-union fracture in one of my arms, the healing process was not optimistic. The image of a crooked arm, not capable of lifting any weight was tormenting. One doctor recommended surgery, another trust the body and begin small steps of rehab for the left arm and right shoulder.

I chose the second. In rehab, I learned that consistent steps, even when sometimes in pain, strengthens muscles and heals bones. Yep, one of my wise counselors, Dr. Mark Hendry at Frostwood Chiropractic explained that by putting pressure on my arm that it would actually strengthen the bone.

Today’s fear-filled marketplace can freeze us into not connecting. Covid-19 is not the only virus. The internet is filled with examples of how fear is contagious. Look at hoarding and runs on food supplies at the grocer’s.

Pursue action rather than stockpile information: It is important to be well informed. Today, however, the number of microphones droning eats away time and attention under the falseness of productivity. The internet is flooded with reprocessed information that appears to be an avalanche waiting to happen. I’m not minimizing the healthcare issues or the economic constriction in the marketplace. Obtaining the “latest news” to find out how bad things really are in many circumstances a time waster. Alejo Orvañanos, a dear friend and an international high net worth financial advisor for Bank of America Merrill Lynch pointed out that information doesn’t make you rich or poor, only the action you take.

Or as we discussed, sometimes that you don’t take. I remember seeing an opossum on the power line behind my house, frozen with fear as Benson and Katy, my two large dogs barked as if a dinosaur had invaded their sanctuary. Sitting on the line motionless did nothing to calm the dogs. The varmint experienced safety only when it went into action, pursuing its goal of reaching the next pole.

Create momentum: I’m not a great skier, so my confidence was somewhat limited when I strapped two pieces of wood on my feet and felt like I was throwing myself off a mountain. I had to force myself to gather speed by turning down the mountain, create energy to allow me to make the turns. When I was at a standstill, trying to turn my skis resulted in me falling over like a domino. As soon as I had the courage to look down the mountain, not at where I was, energy was created that actually brought control over my direction. Looking at where I was headed was a learned skill. Fear made me want to look down at the ground beneath my skis, to agonize by overthinking.

As I looked down the mountain toward the village and my destination, what I learned from my ski instructor was to look where I wanted to go and the skis (and my body) will follow. Take steps to build momentum.

I reached out to Ben Meador the founder of the Meador Companies, one of the leading staffing firms in Houston, which just celebrated its 50th anniversary. I had witnessed how Ben had to face the challenge of shepherding his company through markets where the floor fell out suddenly and painfully. His message is one that we all need to embrace. “You just have to keep everything in perspective because the sun will be beaming through the clouds in time so we all just have to keep the faith.”

That’s not just false optimism. It’s truth. Every day, seek the sun that is always on the other side of the storm.